This route almost needs no introduction. The Fairfield Horseshoe is possibly one of the most popular routes in the Lakes thanks to its proximity to Ambleside and Grasmere, its simple route finding and its stunning views.

There is something particularly satisfying about a horseshoe and this has to be one of the finest horseshoes around. 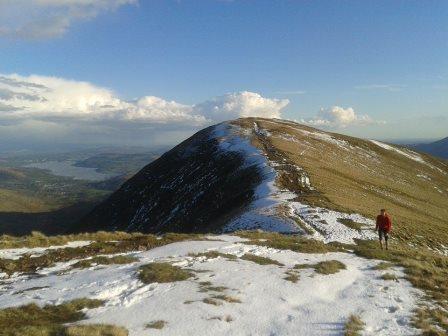 Starting from Ambleside, head west along the main road until you reach a set of gates and a track to Rydal Hall (where the Rydal Round and Fairfield Horseshoe races depart from).

From here, follow the track through the grounds and behind the hall following signs for Nab Scar and crossing a small bridge.

Turn right up a metalled road, once again following signs for Nab Scar, where the concrete track turns left, keep straight on and through a gate and onto the fell. You soon hit stone steps and the ascent begins in earnest.

From here you climb for the next 5km (3mi) or so, often following a stone wall over various bog and rocky steps. You pass over a gentle rollercoaster of peaks; Nab Scar (455m), Heron Pike (612m) and Great Rigg (766m) before arriving at the Horseshoe’s highest point Fairfield (873m). Stick to the strongest path the whole way, ignoring any trods that lead away from the ridge.

There are a few race lines that miss out some of the summits but unless you are recceing the race, there’s no point leaving the shoulder as that has the best running.

On a dry day with a light breeze, you feel like you could run forever as the ridge rises and falls beneath your feet.

Look right down to Rydal Beck glinting in the sun, left down to Grasmere and Easdale, the Langdales and further fells stacked away to the west.

To the North, the summit of Fairfield rears (though never menacingly), with the winding path leading you ever upwards. 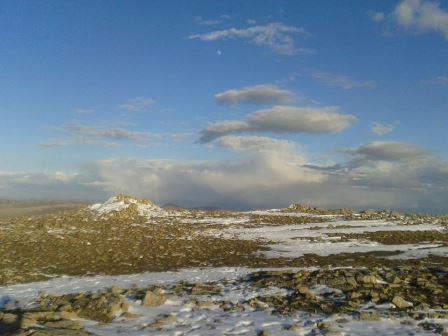 The summit of Fairfield is broad and stony, the path is often lost among the rocks. In clear conditions, the summit is easily found, with a collection of cairns and low stone shelters. In the clag, care is needed and a bearing is best taken before venturing off the wrong way (as has happened to many a complacent local!).

From the summit you are greeted by the long chain of Dollywagon, Nethermost Pike, Helvellyn and the Dodds running away North. From here, the entirety of Bob Graham Leg 2 lies at your feet, with Leg 1, Skiddaw and Blencathra, beyond.

To the West are the rocky slopes of Seat Sandal, down which you can descend to the A591 and Dunmail Raise. Back Northeast a steep ridge leads across to St Sunday’s Crag, a fine whaleback hill that drops to Patterdale and Ullswater.

To the South Windermere lies sinuous and inviting, leading the eye away towards Morecambe Bay and the distant sea. South and West lie the Coniston Fells and distant outliers. All waiting to be run!

Back closer to home, your way lies eastward and along the ridge to Hart Crag (822m), a steep pull gains the summit and a large cairn. Bear right here, taking care to spot the faint path among the rocks, a stronger path leads down and leftwards towards Hartsop Above How (which you DON’T want, it’s a long way home that way!). 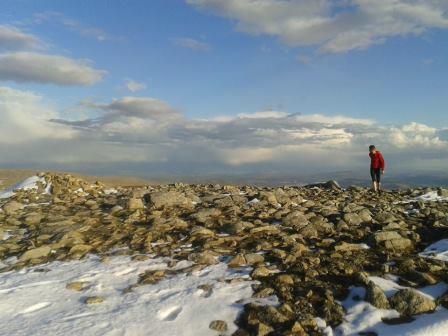 From here you pick up another drystone wall and follow this for much of the final ridge. Once again you join the gentle rollercoaster up and over Dove Crag (792m) with the secretive Priest’s Hole hidden among its steep crags, High Pike (656m) and Low Pike (508m) before the long descent, still following the wall, over yet more boggy ground and occasional craggy steps until you turn right through a gate in a wooded valley and onto a track that eventually leads to Ambleside and The Golden Rule for a pint.

As ever, map and compass and the knowledge of how to use them are essential, even on such a popular route. I have had more than one experience of being disorientated and alone on the Horseshoe in thick cloud and rain, especially in low light after work!

This route takes you over high, exposed ground where the weather can change rapidly and be radically different to conditions down in the valleys. Expect a cool breeze at the very least. Check the forecast (we use www.mwis.org.uk) and pack accordingly. There is no fresh water along the route either except at the very start and end so it may be worth carrying your own supply. Check out our FRA Kit article for recommended hill essentials.

And of course, this is a very, very rough guide. Please study the route on an actual map and take care to only run over what you are capable of. The Fairfield Horseshoe is a great introduction to running in the fells but is not to be underestimated.