Pete Bland Sports started with Pete filling the boot of his car with shoes from the Norman Walsh factory in Bolton, driving up to whichever fell race was on that weekend and selling said shoes out of his boot. 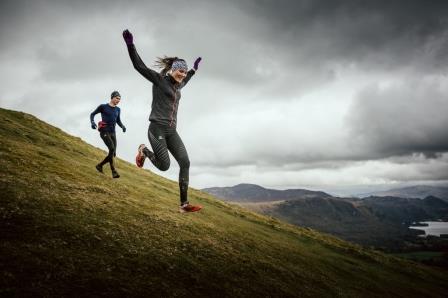 Not much has changed in the last 36 years except the car is now two vans and a shop and our range has expanded a little.

The point is, we have been selling fell shoes for a long time and they haven’t changed drastically in that time.

A fell shoe is essentially a studded rubber outsole held onto the foot with some light but tough upper material with very little in between. The aim is to give as much grip and sensitivity as possible, putting the runner as close to the ground as possible while still remaining upright. In the early days, runners would use rugby boots on the fells as these were the only thing that would bite into the soft ground. 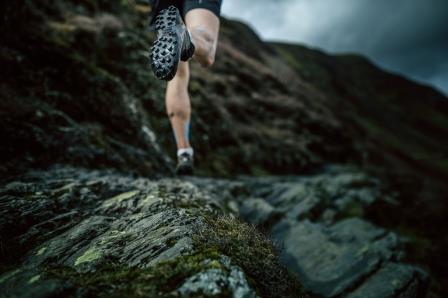 Advances in rubber compound technology has allowed for lighter-weight outsoles that grip better on rock while improvements in upper construction, lasting (shaping) and fabrics, has allowed for a better fit, durability and weight saving.

Several companies now manufacturer a fell shoe but they are still a niche arm of the running industry, especially since the majority of the fell running world is confined to one small group of islands at the edge of Europe.

Fit
Fell shoes tend to be narrow, or racing fit. This is to stop any movement of the shoe around the foot when running over steep ground. Fell shoes are designed for use off-path, away from made bridleways, tracks and trails; the ground is soft and unpredictable and you will be hitting it at a variety of angles. A tight fit is particularly important on descents and when contouring (traversing a slope, where any slippage in the shoe can mean a twisted ankle or worse). There are wider options available but is worth trying on a couple of different models to get an idea of what will suit you. 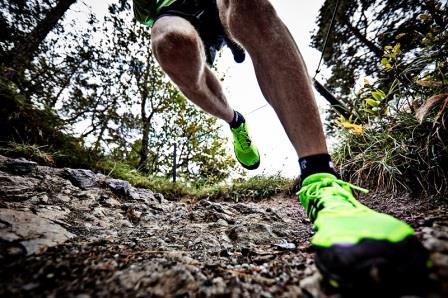 Grip
Probably the most distinctive thing about a fell shoe is its outsole. Deep, widely spaced lugs bite into the ground and shed mud. The original Walsh outsole was actually designed by Pete (hence PB in front of all the models that use it) and is still used by them today, it is a pyramidal stud on a flat outsole. Contemporary versions used by other manufacturers, such as Inov-8, follow a similar design.

Cushioning
Since you are expected to be running on soft ground, fell shoes don’t normally provide much cushioning. This however is not always the case and as people are expecting to use their shoes over a wider range of terrains, manufacturers are producing more cushioned and versatile models 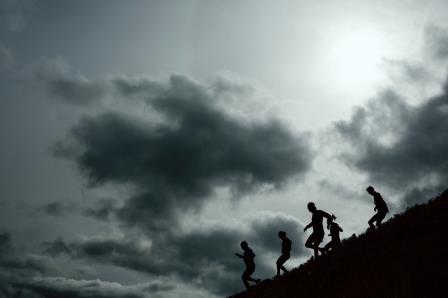 Weight
The simple design of fell shoes means they are generally lightweight, letting you worry about the bog and mud. The lightweight ethic is a carry-over from the racing heritage of the sport and means most fell shoes are stripped back and race ready.

Protection
While fell shoes perform best on soft, wet ground; you will occasional hit a dry spell (occasionally!) or cover rocky summits, to tackle this, many fell shoes include a protective toe bumper or rand, made from stiffer, tougher materials to shield your toes and help the shoe last longer. Not many fell shoes include a rock plate, this is to preserve sensitivity and because the studded rubber outsole is often tough enough to provide protection. 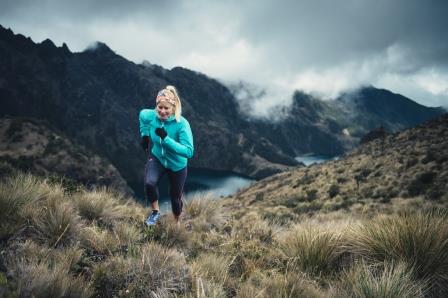 Durability
As with any off-road shoe, the ground over which you are expected to use a fell shoe is inherently rough. To this end manufacturers try to use tough materials for the upper and rubber compounds in the outsole that find a middle ground between soft and sticky for rock and firm and durable to last and bite into the mud. The lifespan of an off-road shoe is dictated by where you use it; rough, rocky and abrasive ground will eventually take its toll whereas mainly soft and muddy stuff (providing you rinse them off regularly) will be less wearing.

As discussed above, only a couple of brands manufacture a true Fell Shoe, these are:

Inov-8 Based in the North East, with offices near to us in Staveley, Inov-8 started out in 2003 with a single fell shoe, the Mudroc 290. Since then they have expanded to become probably the biggest manufacturer of fell shoes.

Check out the Mudclaw 300 & 300 Classic for an extremely grippy, durable and slightly wider-fitting fell shoe.

The X-Talon 212 & 225 both offer a narrower fit than the Mudclaws plus great sensitivity on soft ground.

And for a higher-volume, slightly more cushioned option, check out the X-Claw 275, a great winter training shoe or for larger volume feet.

Salomon A French company who started out making ski equipment in the Alps, these guys know about going downhill fast! They produce a couple of shoes suitable for the fells; the S-Lab Speed being the lightest and most aggressive. This is a stripped back racer, narrower than any of the Inov-8s and very sensitive.

Walsh Established in 1961, Norman Walsh is responsible for the very existence of fell shoes in the first place. Their design hasn't changed much at all; they are low to the ground, aggressive and racing fit shoes designed for use on the fells. They're not the lightest but they grip like nothing else plus can be resoled as the studs wear down. 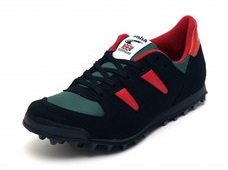 There is an increasing demand for shoes that can handle a wider variety of terrain while still performing and remaining comfortable. More aggressive than a trail shoe but more comfortable than a fell shoes, this is a grey area where personal preference and confidence will dictate what ground you are happy to use them on.

They tend to lack the narrow racing-fit of fell shoes and so are not as well suited to steep contouring but a little added cushioning and wiggle room make them a comfortable option for longer runs on trail and hill.

Try the Inov-8 Roclite 290 (and the slightly more cushioned 305) for a cushioned but grippy ride in a slightly wider fit.

Or else the Salomon Speedcross 4 offers a higher drop but still aggressive option for those not used to the low drop of fell shoes. Or else the Speedtrak for a low drop but roomier fit. 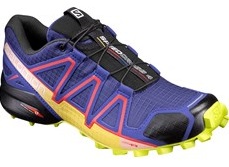 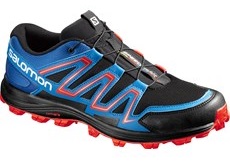 The Scott Kinabalu Supertrac is super-cushy underfoot but has enough depth of tread to deal with mud and wet grass. 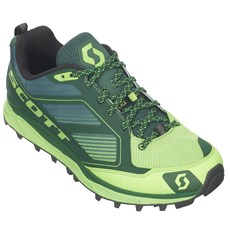