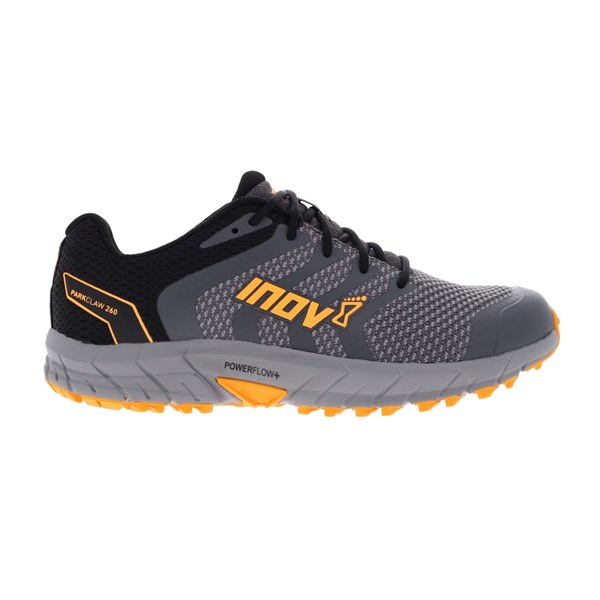 The ultimate shoe for road-to-trail running with a super-comfortable knitted upper, high levels of cushioning and a rubber tread pattern designed to give maximum performance on both trails and roads. Perfect for runners of all abilities seeking a hybrid shoe that can be worn from the door or those looking to transition from road running into trail running.

For running on paths and trails.

Evolution at its best: We've taken the best features from the PARKCLAW 240 and PARKCLAW 275, added in some new technology, and created the perfect shoe for road-to-trail running.

Get a cushioned ride: Run smoothly over trails and roads with a Powerflow+ midsole under your feet that delivers 10% better shock absorption and 25% better energy return than standard midsoles.

Versatile grip: Slightly more aggressive, trail-style stud pattern compared to a road specific shoe, but the shape and arrangement of the studs ensures it feels smooth when running on roads. The perfect hybrid outsole.

React fast: The new knitted upper not only gives supreme comfort but also the adaptive support needed for the foot to react to changes in terrain.