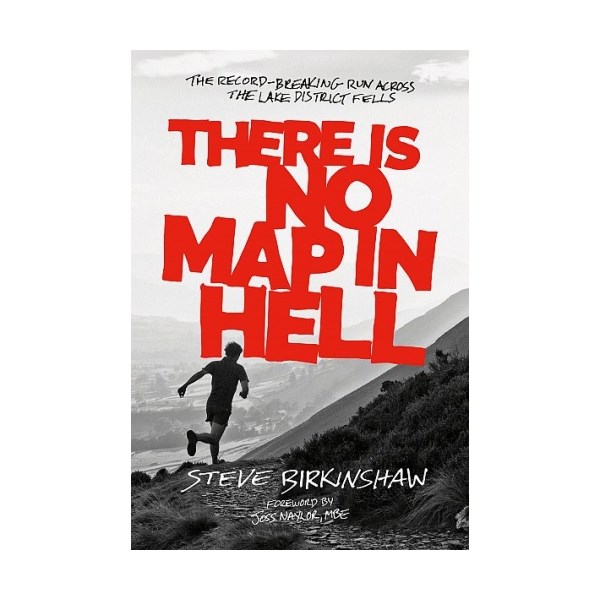 There Is No Map In Hell

There Is No Map In Hell

In 1986, the legendary fell runner Joss Naylor completed a continuous circuit of all 214 Wainwright fells in the Lake District, covering a staggering distance of over 300 miles - plus many thousands of metres of ascent - in only seven days and one hour.

Those in the know thought that this record would never be beaten. It is the ultimate British ultramarathon. The person taking on this superhuman challenge would have to be willing to push harder and suffer more than ever before. There is no Map in Hell tells the story of a man willing to do just that.

In 2014, Steve Birkinshaw made an attempt at setting a new record. With a background of nearly forty years of running elite orienteering races and extreme-distance fell running over the toughest terrain, if he couldn't do it, surely no one could. But the Wainwrights challenge is in a different league: aspirants need to complete two marathons and over 5,000 metres of ascent every day for a week.

With a foreword by Joss Naylor, There is no Map in Hell recounts Birkinshaw's preparation, training and mile-by-mile experience of the extraordinary and sometimes hellish demands he made of his mind and body, and the physiological aftermath of such a feat. His deep love of the fells, phenomenal strength and tenacity are awe inspiring, and testimony to athletes and onlookers alike that 'in order to attain the impossible, one must attempt the absurd'.

Steve Birkinshaw is a legend within the fell running and ultrarunning communities, both for the extreme distances he can run in the roughest terrain and his ability to push himself to the absolute limit. Born in 1968, he began orienteering by himself at the age of seven. Since then his enthusiasm for running has never diminished, and over forty years later he is still happiest running with a map and compass through bogs and rocks in the wind and rain. He was won many fell races, adventure races and orienteering events, including over twenty wins in the elite class at mountain marathons and victories at the Lakeland 100 and the Dragon's Back Race - the legendary five-day, 300-kilometre run along the mountainous spine of Wales. Steve works for Newcastle University as a hydrologist and has been married to Emma Moody for the past twenty years. They have three children and live near Keswick in the Lake District.