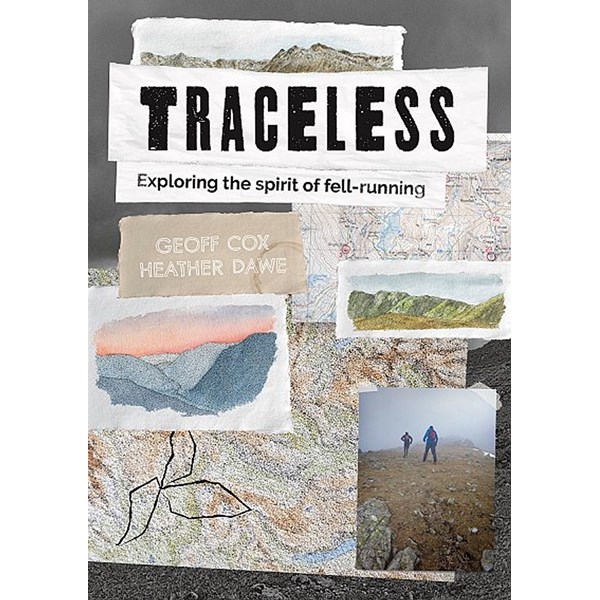 Charnley is little remembered, but was a prolific fell runner, orienteer and climber who founded the Karrimor International Mountain Marathon (KIMM), now the OMM.

In his early 50s he tragically died on Helvellyn, and the Gerry Charnley Round was established in his memory by his friends. The ethos of the Round is on self-sufficiency and leaving no trace - the runner is encouraged to plan their own route to visit all the checkpoints, then navigate that route, creating their own line from multiple route choices.

Inspired by the concept of the Gerry Charnley Round and its journey over the Lakeland fells, runners Geoff Cox and Heather Dawe have each spent time exploring and running the route. They are poets, writers and artists as well as fell runners and Traceless is a collaboration between them that celebrates their love for the fells and how spending time in them inspires them creatively.